skip to main | skip to sidebar

OPERASI OKTOBER - in search of an ending scene

Operasi Oktober has ended its performances 2 days ago. And it ended with mixed emotions. Because it was a 100 percent devise play, its image totally depended on the strength of the actors. Mental, physical, meta-physical, emotions, attachments and detachments of all of them.

And because it was so organically shaped moments by moments, Operasi Oktober has life of its own. And life, as we all know, is not a bed of roses all the time.
2 good performances nights and 2 bad ones were more than enough to fill up the evidence shelves.

"so, jadi ke revolusi kita ni?" was the tag line. Well, as soon as the revolution starts, there is where it ends. The process of getting there is the core matter. The restlessness and the rebel. Perhaps that is why a number of audiences were more interested in our process after watching the actual performances. Yes, theatre is a rehearsal for revolution.

The search of The Ending Scene. To me, it is always a symbol of frustration. We, the actors and the director struggled ourselves in the process of finding it. After the hazards of two different endings that didnt work out, we revolt. We performed the frustration. And frustration is what we wanted the audiences to get.

As long as we revolt, we are alive. There is NO END.
Posted by wild orchid at 6:39 AM 4 comments:

WHO ARE YOU TO OPPRESS US? 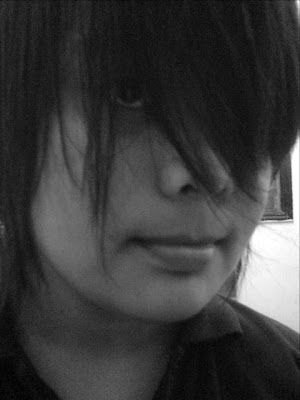 Her name is Nur Isandra Syazlynn. 13 years old. My only child. Ripped off from my hand by our Malaysian pro-chauvinist Syariah Law ever since she was one year old.

U see, it had however slipped off their mind that a mother and a child had once shared heartbeats by the flow of the same blood. And forever it will be the same heartbeat and the same blood. Separation was never a permanent word.

A man once asked Prophet Muhammad (may peace be upon him);

to whom does a born-child belongs to?
the mother, answered the chosen messenger.
who else?
the mother.
besides that?
the mother.
oh..?
then only the father, ended Prophet Muhammad(may peace be upon him)

Now, who the hell do they think they are, separating so many mothers and their children?
They are just another overrated authority that is full of rubbish.
They impersonate God to be seen as God.
Posted by wild orchid at 1:59 PM 3 comments: 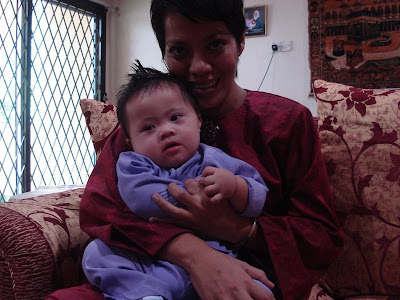 His name is Muhammad Nursina Tasnim. My nephew. Down Sindrome. And celebrating his 1st hari raya aidilfitri this year.
In years to come, we'll never know whether he'll understand raya even more. Or it'll just slip off his mind. Or he might just decide to live only in his own 'down syndrome' world.
But he is lucky. He'll never know what prejudice means.
Posted by wild orchid at 7:57 AM 6 comments:

wild orchid
life in the streets isn't hard if you know the hidden corners well!